The main storyline of classical “Hamlet” has not changed, but this time it is played out by two clowns who incarnate ten different roles. Some particularly important present themes are being emphasized more than others – a neighbouring military activity, the conflict between fiction and reality,
the humanity.

I must praise both actors for perfect ability to switch from serious topics to jokes and laughter.
Wolfgang Stüßel, actor and leader of theatre STRAHL in Berlin

Tragic and comic was connected in very organic way - brilliant actors - they proved that you can tell tragedy in a very light way.
Lucia Kramer, dramaturg of the New Theatre of Stuttgart 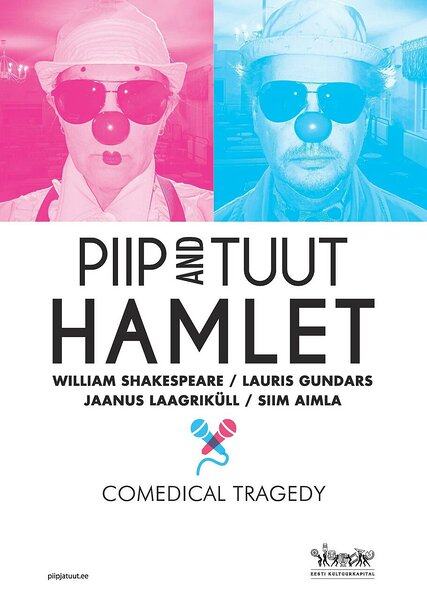